The Transformative Power of Seven Levels of Quest 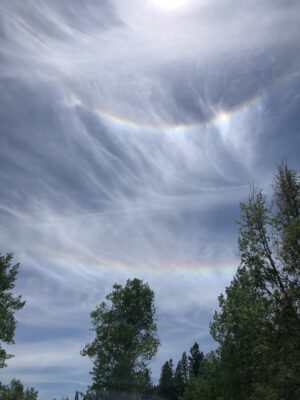 One thing to know about the Seven Levels of Quest is the Seven are not hierarchical. We cannot, for example, do a Oneness Quest and expect to gain clarity of purpose for our life as a human. That clarity is the realm of the Vision Quest. But in our human journey, we need more than purpose. We also need to heal our personal darkness and woundings, to manifest our Visions, to connect with Source/Silence, to merge with Higher Self, to Know the unbounded Oneness, and to surrender our attachment to this physical world and step into a larger Truth.

Looking back at my Vision Questing, I recognize that each quest actually included two, three, or more of the other levels. As Malcolm Ringwalt has said, the Vision Quest is the mother of them all and a dedicated quester would discover and hone them after several dozen quests. In the Seven Levels program, we shave years-decades off of this process bringing the student to awareness of the levels and gaining introductory experiences around each. We pull the levels out, you might say, targeting our questing to a specific need as called in the moment. As we incorporate these into our daily lives, gaining clarity of experience, we become more and more a flow through of and for Life, leaving behind our human neuroses. In other words, each of the seven are not so much tools we use along our spiritual path but, rather, movements of consciousness that we can cultivate and strengthen so that we flow with Life, with Consciousness, with Divinity, with Creator.

The Vision Quest might also be called “the look within”, where we seek to know self, perhaps most specifically around our purpose. In the Seven Levels we take this even deeper as we seek to Know ourselves all the way down. Not just to Higher Self but to the very Source of Consciousness, to the Oneness. That is, we are cultivating our inherent and Eternal connection to the Creator.

This may seem a lofty goal, some might think it out of our reach. But the Masters through time have pointed the way. For example, Jesus is a attributed to have said: “I am the way”, “I and the Father are One”, “whoever believes in me will do the works I have been doing, and they will do even greater things than these”. This is not bragging, it is Truth. More than that, He is saying that the Christ Consciousness is within each of us. It is already Within! If we stop and think about it, how could it be any other? Mystical traditions tell us that G*d is pure awareness, pure love. What, then, does G*d use to build Creation, including us? We don’t see the Truth because we have lost our way.

Or, if you more resonate with language of the sciences, consider quantum physics. If we explore the cellular world, we see it is made of molecules. These, in turn, are made from atoms. Well, the atoms have far, far more space – emptiness – than that of the protons and electrons. Not only that but, as we drill deeper, the particles end up being waveforms, energy. Eventually we come to the quantum ground state, a field of pure potential but without things. What is the difference between this field of pure potential and that of pure Awareness/Love?

I have come to see the spiritual path as requiring two simultaneous efforts. One is to cultivate the Silence within, the Pure Awareness. This is the necessary springboard from which we can begin to feel, embrace, and embody the Eternal qualities that the Masters have pointed to: Love, Peace, Harmony, Reverence, Joy, and so many others. And the other effort is to unwind our false beliefs of limitation, to heal our judgements and woundings. These are what keep us small and living in ignorance of the magnificent Truth that is at our Heart.

The Earth is not so much having an environmental crisis. We are having an identity crisis: we don’t know who and what we truly are. In the Seven Levels of Quest we take active transformative steps to find our way Home. In a sense it is similar to the Philosophy classes at Tom Brown’s Tracker School. We get personal experience that the world is far, far larger than revealed by our physical senses. These experiences begin to break apart the rigid belief system that traps us. The Seven Levels give us a path of healing and Transcendence, a journey of coming home to our True Selves.